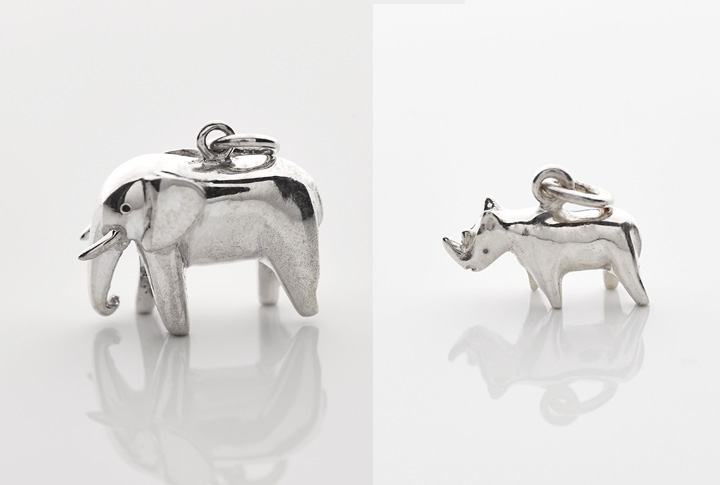 Upon seeing them, you can’t help but fall in love with elephants. Their huge stature is awe-inspiring, yet their character is playful and sincere. It’s unbelieveable that these animals are still under threat. 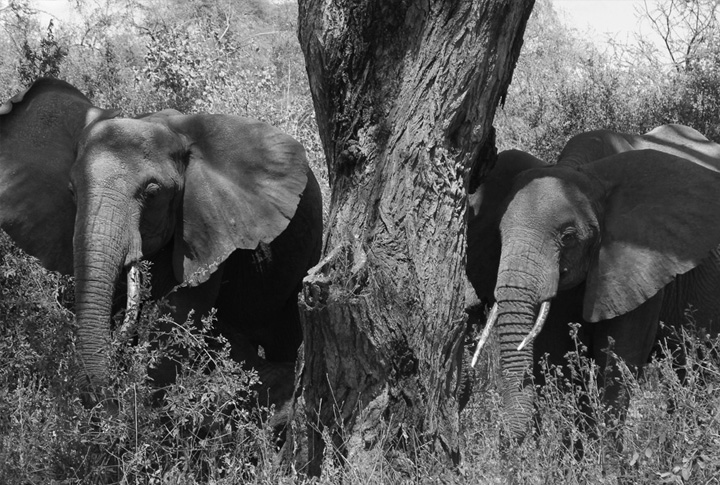 According to an article in the National Geographic, 100,000 African elephants have been killed in three years. Their deaths accountable to the illegal ivory trade. The demand, mostly in Asia and China, has been blamed for the high black market prices ensuring that the practice of poaching is still present in Africa.

The Western world has made very public stands about how they feel about the ivory trade, most notably in June this year in New York City where 1200 people gathered to support the destruction of 1 tonnes of confiscated ivory. Their message was clear; there’s no longer a place for objects created from poached ivory.

However the effort will be on-going to protect the species until the rest of the world comes round. 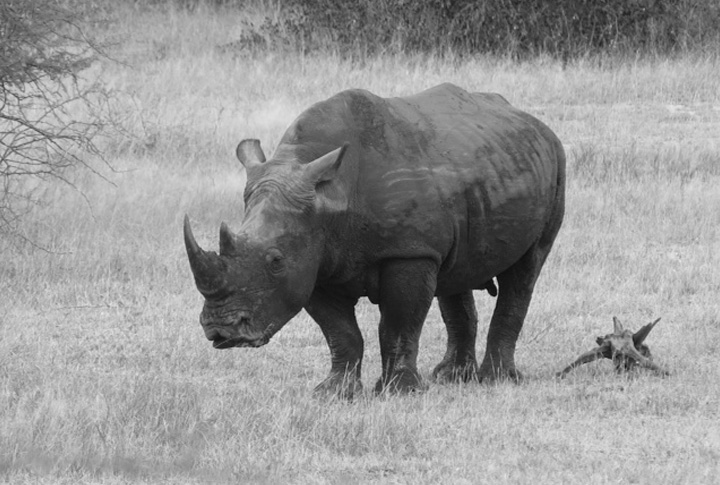 The black rhino are on the critically endangered list with a population of around 5,000. They are renowned for being incredibly shy.

Large-scale poaching for their horn is the cause of their low numbers. The demand for rhino horn in Asian countries it to blame. They use the ground down horn in traditional Chinese medicine but more commonly now it is used to display wealth and success amongst high society particularly in Vietnam.

The risks both elephants and rhinos face in Africa will be around for a long time, for as long as there is demand for their products. Therefore efforts to support their conservation and protection need to be supported. This we feel passionate about and as such we have pledged to donate 50% of the profits from both our Silver Elephant necklace and our Silver Rhino Necklace to Tusk, a charity that initiates and funds conservation, community development and environmental education programmes across Africa.

The charity has earned a reputation for being financially efficient, with an average of 80% of the net funds raised reaching the field. If you would like to find out more about the charity Tusk and the work they do to help elephants and rhinos, visit their website here »

If you love elephants and rhinos as much as we do, or know someone who does, you can help us support them by wearing our necklaces with pride.